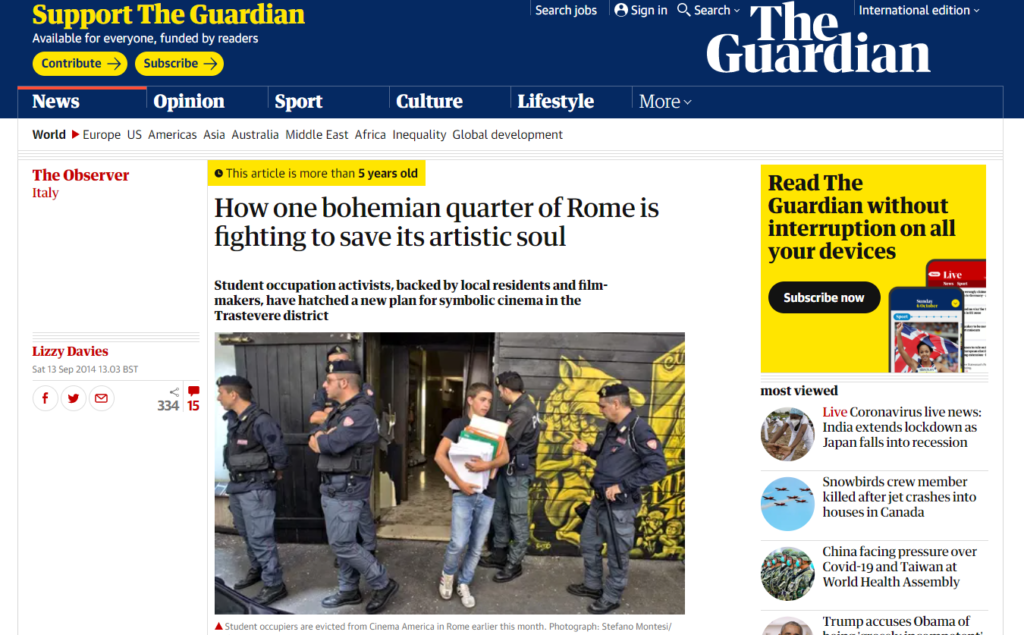 For the first time in years, the shutters of the 19th-century bakery at via Natale del Grande 7 have been lifted and the old counter sits, askew, in the middle of the room. The aroma of bread and biscotti may still be some way off – the electrical wiring hangs down perilously from the ceiling, and the teenagers cleaning up have a lot on their hands. But there is something in the air: hope, certainly, and perhaps a soupçon of defiance.

“This place is going to be called the Little Cinema America,” says Valerio Curcio, a 22-year-old literature student. “We have decided to continue the battle from beyond.”

For the past two years, ever since a group of Roman school pupils and university students started an occupation aimed at reclaiming abandoned buildings in the city centre and fighting property speculation, that battle took place from within the building next door: the Cinema America, a gem of 1950s Italian architecture which, in its heyday, would open its doors to streams of filmgoers and wow them with a roof that could be pulled aside to make way for the sky in the intermission.